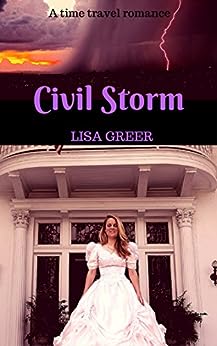 A power outage and a Southern plantation tour are going to change Ada Ball’s life, but only she has the power to save Micah Dash who lived…and died in 1862–the first time, at age 19.

When 17 year-old native Pennsylvanian Ada Ball’s parents drag her to the tour of a plantation as part of their summer Southern states trip, she’s anything but impressed. The Wi-Fi sucks there, and the weather is terrible. When a freak lightning storm knocks out power, Ada is sucked into a portal from the past.

When she meets Micah Dash, she knows who he is immediately. As the tour guide said, he died in 1862, at the age of 19. He’s 18 now–funny and full of life. She knows he died at the hand of his own father because he refused to fight for the Confederates, but can she save him? Ada must decide upon staying in the past in 1861 to try to save Micah’s life or finding a way back to the present to everything–and everyone–she loves, including her boyfriend Callum. When she finds herself falling for Micah due to their daily chats and his strange maturity, that complicates matters even further. Little does she know, staying or going will makes its mark on the past, present, and future for all involved.

This is a serial.