In a handful of days, my muse will be turning a quarter of a century old. Some people might think this is weird since a muse is supposed to be an ageless sort of thing. Mine, however, is not. Today, I’m going to tell you about Bob. Yup, I named my muse Bob. I’m not a fan of the name myself, but that’s what he said to call him. Something about having a basic, generic, sort of name makes him more pliable for the different roles I put him in. 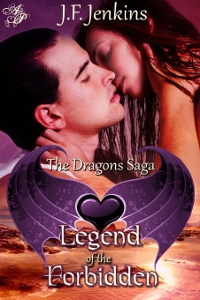 Bob makes an appearance in all of my books. Sometimes he’s the main hero (IE: The Dragon’s Saga). Sometimes he’s the third part of the love triangle (IE: Vala). And other times, he’s the vital secondary character who supports the hero (IE: Battlefield). In the future he will be a villain, perfect romantic hero, and a sex pot. He’s very diverse in his skills.

I adopted Bob as a muse roughly three or four years ago. At that point in time, Bob was technically twenty-twoish, but in my head he was eighteen. You see, Bob is based roughly around a real person. When I saw this real person, the muse version came to life. He was born in a flash of lightning, and he has characteristics of this real person, but also a whole mind of his own.

For the past three years, Bob has been eighteen. Kind of little kiddish, sweet, innocent, but also manly and strong. That stage of life any person goes into where they feel caught between being a child and an adult so they maintain characteristics of both. That was Bob for a long time, which made him be able to take on a lot of different things.

Now Bob is slowly morphing into an adult man. He’s more rough, wise, and experienced. It’s starting to show in my writing too. As he matures, so do I. It’s been a great adventure, and I’m so glad that he’s stuck around to work with me. I’ve had other muses, but they’re kind of fickle. They come and go with the wind. Bob is the one who stays. He’s made himself comfortable inside of my head. And even though he’s older, he sometimes still gives me a younger version of himself to work with. Sometimes, he’ll inspire multiple roles. Like I said, he’s talented and diverse.

How to spot Bob in a novel:

While Bob may be based on a real person, when I see him he’s always a faceless shell. If I look into his blue eyes, those are all I see. Sometimes I can focus on just his smile, but the rest of him is like a faded memory. And I like it this way. It helps with making him malleable for my projects. That’s what makes him a good muse and I think that’s also why he’s stuck around for so long. He keeps all of the other muses in line too.

Welcome YA author J.F.  Jenkins to the blog! She has a different view but one that needs to be heard. Take it away, J.F.:

Confession time: when I receive a book that is self published, I automatically don’t particularly want to read it. I also probably won’t spend my money on a self published work either. Maybe this makes me a book snob, but I’ve been burned too many times in the past by bad apples. I thought they’d be a good fun, cheap, date for the night, and they turned out to be slimey and sleazy. They made me cringe.

Don’t get me wrong, not all self published books are bad. For example, I adored Heather Hildenbrand’s “Across the Galaxy”. Here’s the thing that made it so good. Editing. And I can tell it had been through several rounds of it, and that she did not rush to get her work out. Most of the self published books I read lack this one important quality. The desire to rush a book out for publishing makes for a bad read. Plus, editing is expensive to pay for. If you’re getting it for free, it’s hard to find someone reliable who knows what they’re doing. Heck, even paying for it, you don’t know if you’re getting a good opinion.

I was asked to write about the importance of the publishing press, and so that’s where I’m going to start: editing. The publishing press will pay for and back up the editing for your novel. Pretty cool huh? In fact, they’ll back up what you do because they believe in you. That gives you a lot more credibility than doing it yourself and telling people you’re a good writer just because you say so.

No, I’m not trying to harp on self publishing. I think it’s interesting and cool. In fact, I may even give it a try some day with a project or two. At the same time, I’m nervous about it because of the bad apples. No one wants to be a bad apple, you know? But it’s also sad to see an industry start to struggle because of the lack of gatekeepers and the people who want to abuse the system for a quick buck. It’s creating a ripple effect in the traditional world of publishing as well. The industry has become a lot about how well you can sell yourself instead of how well you create. Truth is, it’s been going down this angle for a while before the creation of self publishing. But the world of digital publishing is making these ripples greater.

Which is part of why I urge writers to keep trying to find a publishing house. Do the rejection letters stink? Yeah, but each one will teach you something new about the industry as well as your work. Without the rejection, there’s no gatekeeper, and there’s no telling what could happen if we got rid of the gatekeepers entirely.

There’s no way to really stop the changes that are happening in the industry, nor am I sure if we want to. Eventually, something is going to give much like it did in the music world as well as television. All I can say is that if you’re going to take a dip into this pond, make sure you know how to swim. If you’re going to self publish, don’t rush your book just because you’re excited to get it out. This never ends well. Invest in a lot of editing. Read your book until you’re sick of it.

And I do strongly urge you to find someone to back up what you’re doing, someone who believes in you.